Weekend Update: An eventual bounce, then another low, then….?

No change for the Alphahorn Swing System. Equities continue on sell/short Signals.  Precious metals and miners continue on long/buy Signals. 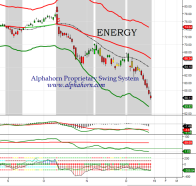 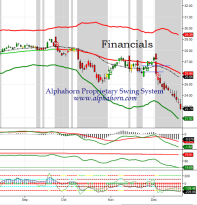 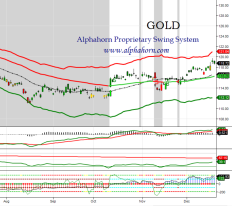 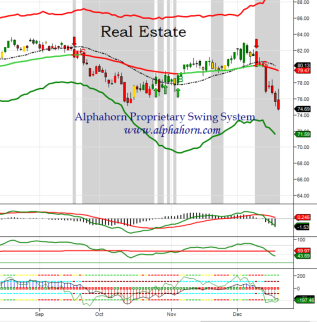 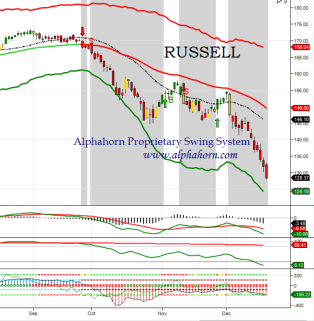 The NYMO as I use it is a pretty reliable chart when it comes to forecasting bottoms.  It has finally retraced deep enough to penetrate the line off previous lows.  This was a requirement for this leg down to end.  Next, if it behaves as it historically has, then we should see a bounce for the NYMO and the SPX and then another low for the SPX, but not for the NYMO.  This positive divergence between the NYMO and the SPX is almost a requirement for bottoms.  The deep triple barrier breach that we have is almost a guarantee for an immediate term bounce.

The wave count reflects the NYMO’s forecast for a bounce followed by another low.  I’ve marked the next 2 key levels of support for the SPX.  I’d view it mildly bullish, i.e. in favor of the blue count, should the SPX find support at 2378.  If so, then this correction might be over.

The red count is still in primary wave [A] of an [A],[B],[C] Cycle wave 2 correction.  Wave [A] can either be five waves, or just three if it is a flat. I’m showing the more typical five waves below, I’ll adjust if we see a stronger [B] wave bounce following intermediate wave (3).  Either way, I’m looking for a target around 1800 SPX.  This will keep both counts open, the red Cycle Wave 2 completion and a huge bull market rally in Cycle 3 to follow as well as the blue primary wave [4] count that calls for a following rally to new highs, then another sizable correction in Cycle Wave 2 in a couple of years. 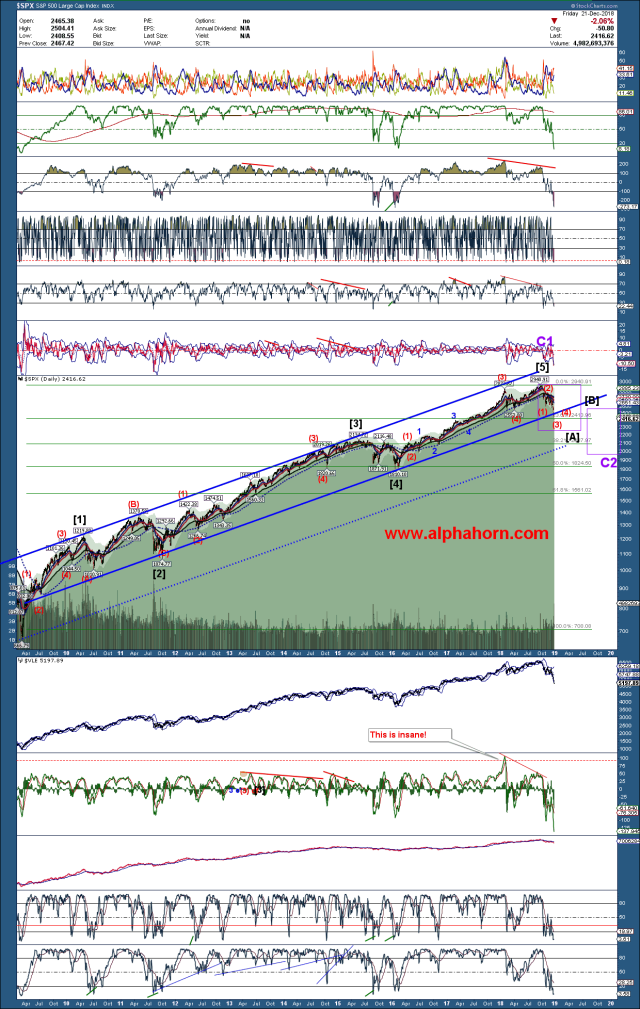 The monthly chart of equities shows the fibonacci relationships off the March 2009 lows.  If this is indeed Cycle Wave 2, then I’d expect at least a 50% retracement.

The weekly SPX chart below shows the blue wave count options.  Should the 50% retracement level off the 2016 low hold, then primary wave [4] could be in the books.  Otherwise, the blue count would mimic the red count down to 1800ish SPX. 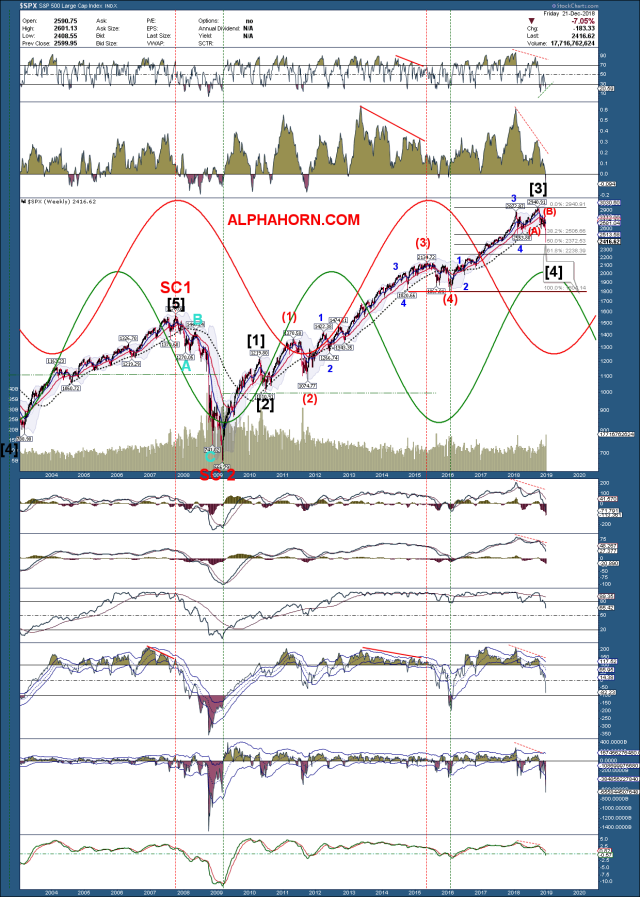 Here is the weekly chart for equities showing the fibonacci relationships off the 2016 lows.  Depending on the index, the 50% or 61.8% retracement level should hold for a near term resolution to this correction.

I received an MBA from Columbia University’s Graduate School of Business in New York and am a Wall Street veteran. I’ve worked for a number of investment banks including Smith Barney and First Boston/C S First Boston in New York. Over the years, I have developed my own Proprietary Swing System and I combine that System with my own Elliott Wave Analysis to trade.
View all posts by alphahorn →
This entry was posted in Uncategorized. Bookmark the permalink.